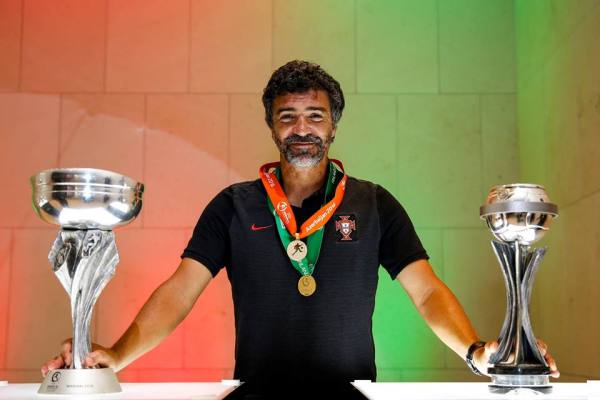 Despite its modest size and wealth, relative to its neighbours, Portugal has punched far beyond its weight in footballing terms.

Much of that success could be attributed to its youth development system. Portugal’s recent success at the U19 European Championships was just the latest achievement.

Portugal have made six finals in the last eight years at youth level. In comparison, the country made only three finals in the previous decade in total.

In 2019, Helio Sousa (Pictured) will be at the helm when the country competes at next summer’s U20 World Cup, hoping to complete a hat-trick of titles.

But, development does not end at youth level. It goes beyond that. Winning titles is always a good thing but much depends on what happens to these players after the tournaments end, particularly at club level.

Overall, Portugal have won 12 times in 24 finals at youth level.